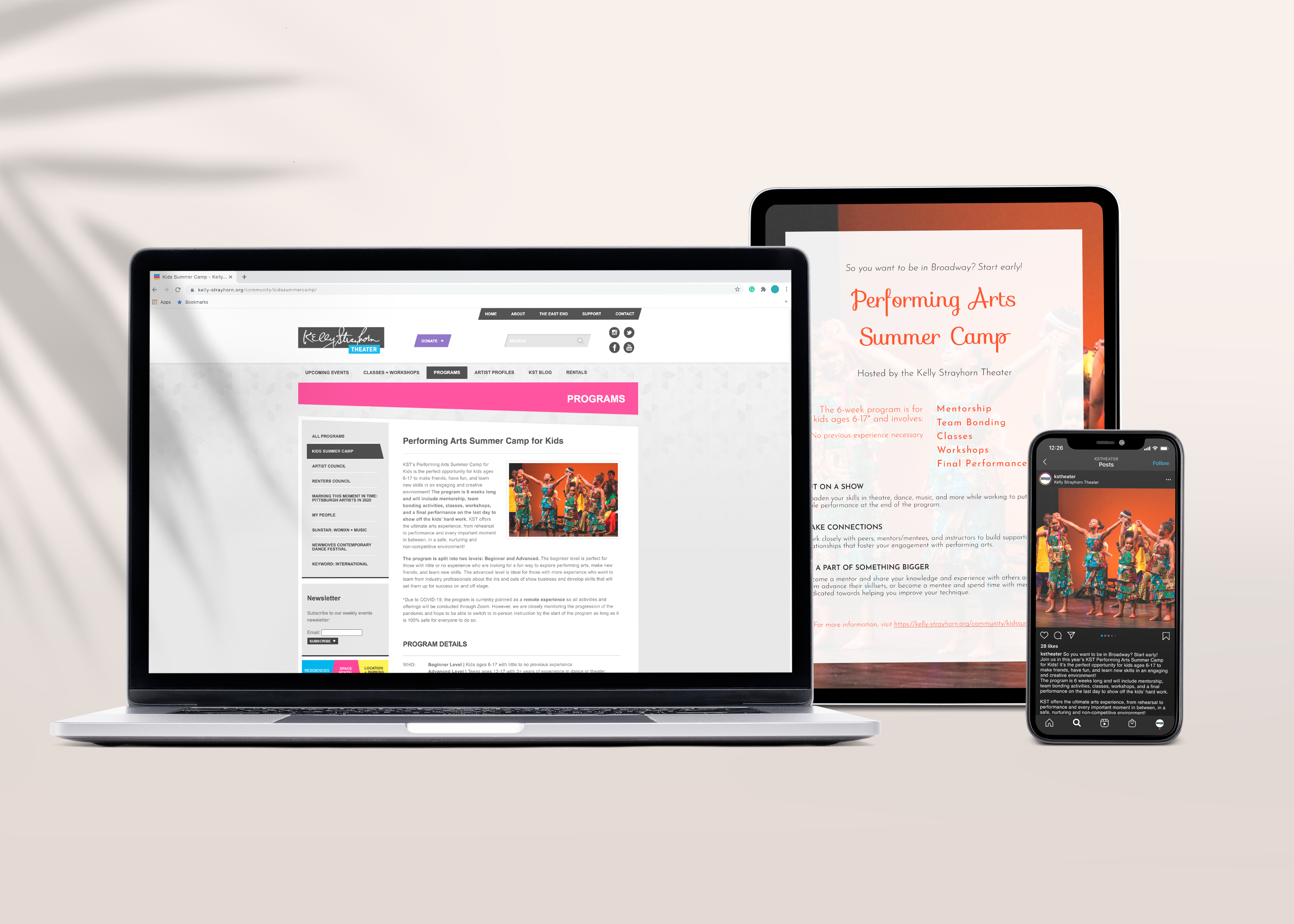 The COVID-19 pandemic hit the live entertainment industry very hard. Our client, the Kelly Strayhorn Theater (KST), was no exception. They worked with us as a part of a project for the class 'User-Centered Research and Evaluation' at Carnegie Mellon University. Our challenge was to design a flexible solution that would increase participation and donations to the Kelly Strayhorn Theater, encourage people to engage with others unlike themselves and create shared understanding, and transform the physical theater experience into a shared online experience.

This project was focused on helping KST pursue the mission of bringing diverse communities together through creative expression. My team's chosen target audience to focus on was young people under the age of 18 so we conducted extensive user research in order to find ways that KST could leverage their needs with the needs of their youth community.

We identified peer bonding, emotional support, and mentorship as the main pillars for promoting young people's initial and continued interest in performing arts.

Our proposed design solution is a summer program with an emphasis on mentorship and peer bonding that will empower KST to reach new audiences, connect families from diverse backgrounds, and positively impact the lives of younger community members.

Early conversations, considerations, and initial background research led us to our decision to focus our project on a younger demographic, specifically those between the ages of 6 and 17. After all, the youth is the future!

Our research question then became:

How might we introduce students to performing arts and foster their continued interest in it?

We wanted to learn more about how young people got involved in theater and developed their passions so we recruited participants between the ages of 12-17 who were involved in the performing arts as our participants. We used various user research methods to learn about their experiences and evaluate potential solutions in order to best leverage their interests with KST’s needs.

The research methods and tools we used include:

We conducted a usability think-aloud study on Wingspace Theatrical Design's website because the idea of mentorship had already become prevalent during our early research so we looked to their professional mentorship program's website to shed light on our problem statement. We then performed qualitative analysis of the generated think-aloud data using by using a Usability Findings Template - see example below.

We then chose to use artifact analysis as our primary contextual method and asked participants to prepare three artifacts that represented:

From these user interviews, we generated five key insights:

Then, we conducted an interpretation session to organize our key findings and used an affinity diagram to synthesize the data and form logical groupings that would inform our next steps towards generating insights.

At this point, we displayed all of our research and findings thus far on one collaborate (Figma) board and Walked the Wall by taking 10 minutes to look around the board with fresh eyes and add sticky notes with any new thoughts or ideas that came to mind. After we had all placed sticky notes all over the board, we discussed some of the ones that seemed most important and relevant to our research question. From there, we played Crazy 8's by setting a timer for eight minutes and sketches eight potential design solutions in storyboard format.

We then analyzed the user breakdowns/needs, approaches, ideas and unanswered questions that were raised in the Crazy 8's activity in order to identify the greatest areas of uncertainty and risk. As a team, we generated a list of user needs from this analysis.

After voting on the top four needs and concepts to pursue, each team member sketched three distinct scenario storyboard based on one user need - for a team total of 12 storyboards.

We determined the top user needs to be:

Finally, we used the Speed Dating method to test all 12 storyboards with participants. Our findings and insights from this process include:

We then created low-fidelity prototypes of our proposed design solution and conducted Experience Prototyping interviews with participants in order to evaluate its effectiveness. We then used the research gathered from this method to iterate on our solution, create our final prototype, and prepare our presentation to the client. 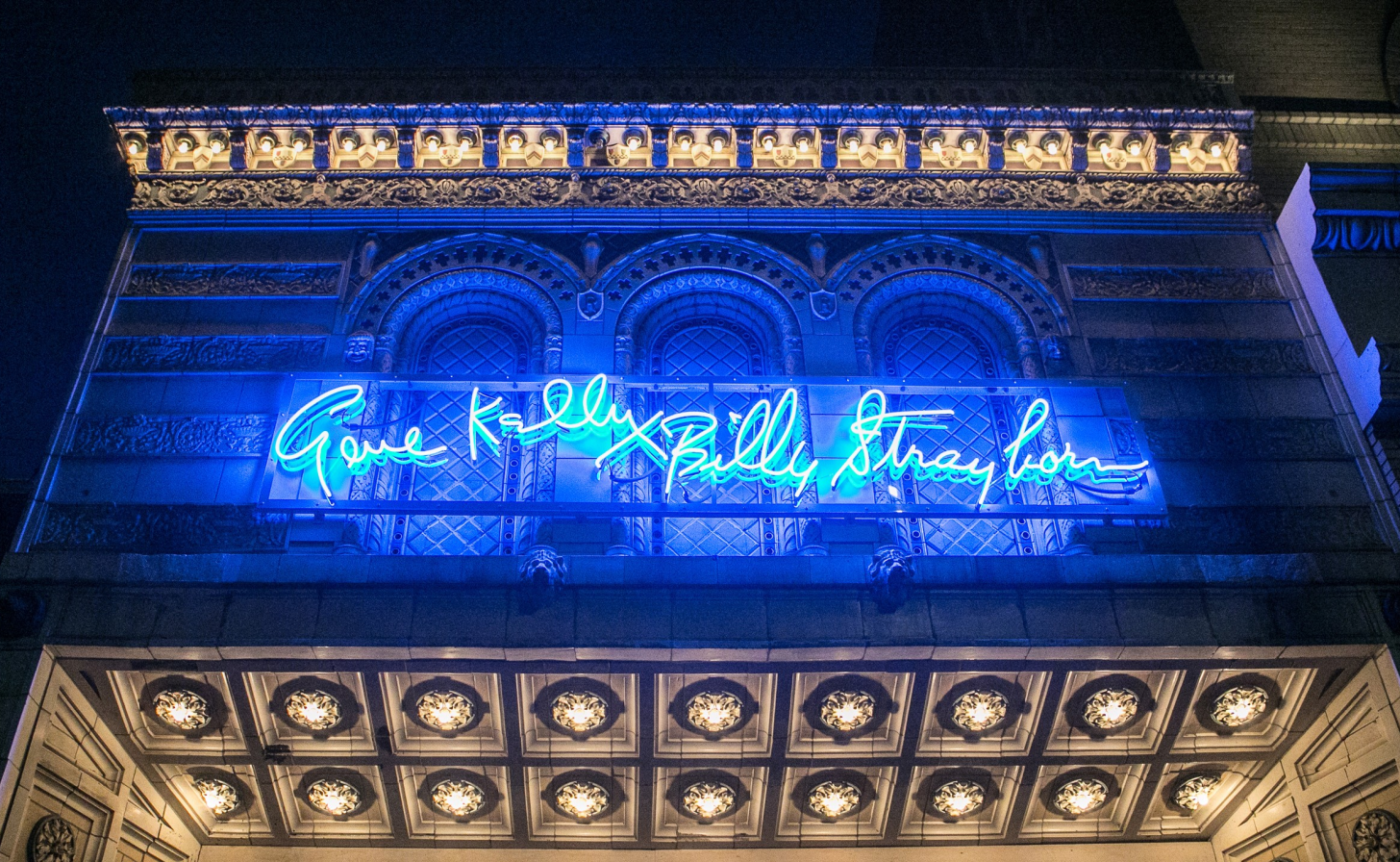 Throughout the course of this project, my teammates and I collaborated on almost every aspect and milestone. We scheduled work sessions via Zoom and had discussions about our research and findings, made group decisions, and worked simultaneously on collaborative platforms like Figma, Miro, and Google Docs/Slides. We were able to present our research and design solution to our client and they were very pleased with our deliverables. They told us that they had considered something similar in the past, but hadn't yet been able to determine if it would be valuable to their community or the logistic involved. Our presentation allowed them to gain a new perspective backed with research and details on how to make the solution work for the benefit of their youth community. 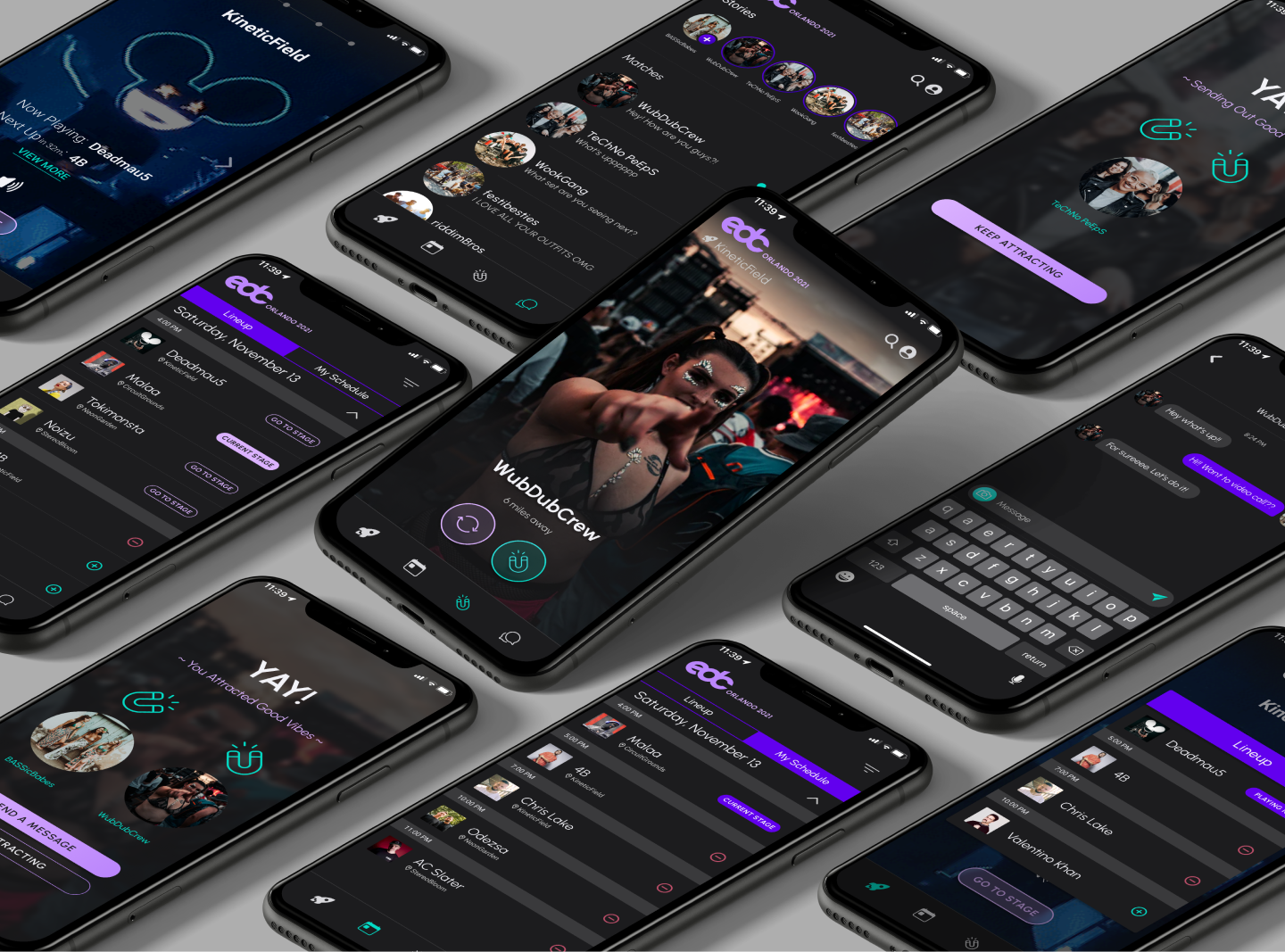